Should I Leave the Family Home During Seperation? 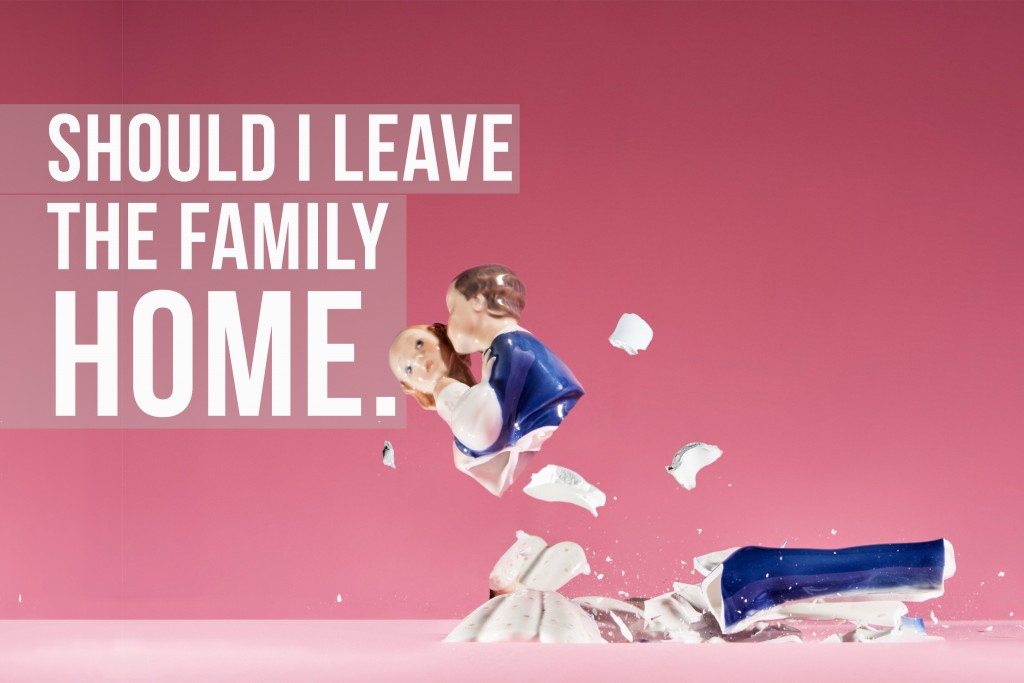 When going through a separation, most spouses are concerned about leaving the family home for a number of reasons.

First, spouses experiencing the trauma of separation and look for stability and comfort; as for many, the family home had at one time been a source of calm, warmth and love.

Second, the family home is commonly the most valuable financial asset owned. Spouses are concerned that by leaving the house they may be giving up some interests they have in it. At the same time, the family home may now be a toxic environment, filled with anger, fighting and raised emotions.

Before deciding whether or not to leave the family home you should consider the potential for a false claim of domestic violence.

A quick search of the question “should I leave the family home” will result in countless articles and blog posts claiming that leaving the family home is the worst decision you could possibly make during a separation. There are real disadvantages to leaving the family home, which will be discussed below. However, staying may also increase your risk of a false claim of domestic violence.

In many cases during the breakdown in a relationship, neither spouse will agree to leave the family home. At the same time, neither spouse has the power to force the other to leave as both have the same interest in occupying the home.

One way a spouse may gain power over the other to force them to leave is by making a false claim of domestic violence. Once the allegation of violence is made, law enforcement officials will step in to arrest the accused spouse and force them to leave the home. Once arrested, the accused will not be allowed to have any direct or indirect contact with their accusing spouse, in some cases even to access the children. Many spouses will instigate arguments with their spouse or even commit an assault against them in order to give them a reason to call the authorities and make a false claim of abuse.

So in short, staying in the family home may open you up to a false claim of abuse.

However, also be aware that leaving the family home may affect your access to your kids. The family Courts take a negative view of uprooting children and changing the established patterns in their lives. For example, the family home may be closest to the children’s school and be close to their neighbourhood friends. This does not mean the Court will deny the parent who moves out access altogether; it just means there is an inherent assumption that the current status quo should be maintained as much as possible to ensure a stable living environment.

The parent who stayed in the home will likely argue that changing the children’s living arrangement will be too disruptive. At the same time, you must remember that a domestic assault charge will make accessing your children much more difficult than simply leaving.

Leaving the home and immediately putting in place a Separation Agreement may be a way to alleviate the concern for reduced access.

Further, a spouse may be concerned that in leaving the house they are unknowingly giving up their property interest in the home. The fact that one spouse stays in the family home at separation doesn’t mean that spouse is more likely to be allowed to stay in the home when the property is divided permanently.

There is an expectation in family law that the family property will be divided equally between the spouses. Both spouses have the option of “buying out” the other spouse should they want to stay in the family home after the family property is divided. Even if you are concerned that you will have to maintain the costs of two homes, you should again consider the consequences of a false claim of domestic violence.

Once charged, you will be immediately removed from the house, with only a single rushed opportunity to grab a few belongings while accompanied by a police officer.

By seeking legal advice on how to leave the family home in a smart way you can protect your interests when leaving the home while at the same time protecting yourself from the devastation of a false claim of abuse.

Call MILLARS LAW today for a free consultation. Know your best options in staying or leaving the family home and how to protect yourself.