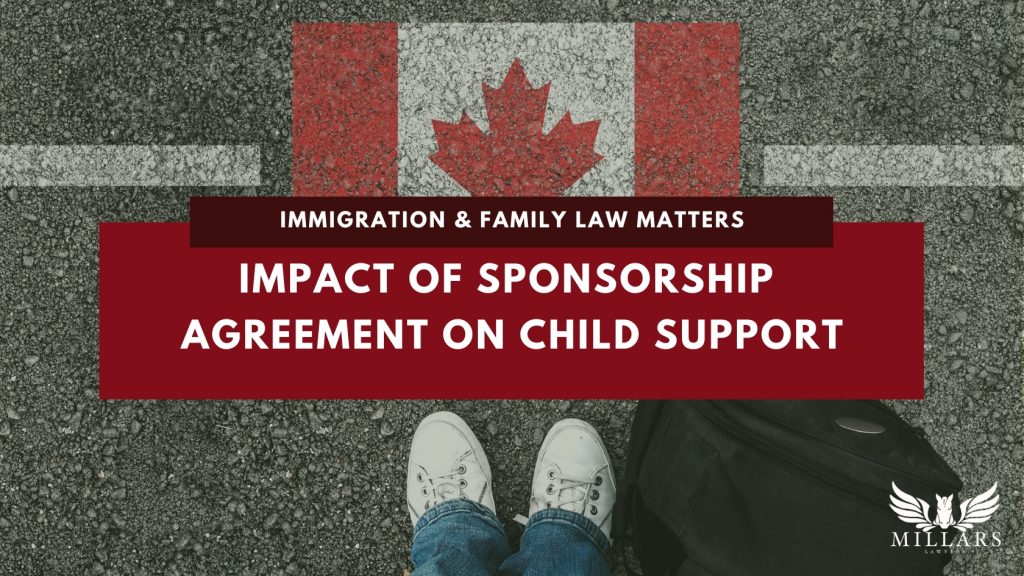 One of the requirements to sponsor a family member for Citizenship and Immigration Canada is to execute a Sponsorship Agreement and an undertaking for financial support of the sponsored person(s). The reason of such agreement is to ensure that the sponsor, and not the Government, takes financial responsibility for the support of the sponsored person(s). One of the primary objectives of the Immigration and Protection Act is to unite families under the family class. Family lawyers come across cases where the client is also eligible for financial support as per the undertaking with the Canadian Government. If a family lawyer is not well versed with the immigration laws and rules, it may cause difficulty for his/her client to claim support. Since there is an intersection between Family and Immigration laws, it is necessary for family lawyers to have the knowledge of immigration laws and issues so they can highlight such issues and seek relief for their clients under immigration laws also.

When Does the Sponsor’s Obligation Start?

Section 132(1)(a) of the Immigration and Refugee Protection Act (IRPR) says that when a sponsorship undertaking is given to the Minister, the sponsor’s obligation to support the sponsored financially begins in 3 cases:

(i) on the day the foreign national enters Canada with a temporary resident permit;

(iii) on the day the foreign national becomes a permanent resident.

When Does the Sponsorship Undertaking End?

Section 132(1)(b) of IRPR says that the sponsor’s undertaking obligation ends:

(i) if the foreign national is the sponsor’s spouse or common-law partner, or conjugal partner, three years after the sponsored party becomes a permanent resident;

Undertaking to provide financial support under the immigration law is a valid piece of evidence to determine obligation. In Canada, the courts have considered sponsorship undertaking a relevant factor to determine child support. Although a sponsored person cannot sue a sponsor based on sponsorship undertaking, it is considered a relevant factor in establishing an obligation to provide financial support for the sponsored person. However, each case is unique and will be decided on the basis of facts and circumstances.

Is a Sponsored Spouse’s Child from the Previous Relationship Covered for Support?

The Divorce Act, a federal statute, applies only to spouses who are legally married. Whereas, the Family Law Act, a provincial statute, applies to married couples as well as unmarried couples. Whether the application for child support is brought under the Divorce Act or Family Law Act, the legal tests under both statutes are in essence the same. The deciding factor in all this scenario is the relationship between the child and the sponsor. When one spouse agrees to sponsor his/her spouse with his/her child from the previous relationship and indicates his intention to establish a family set up with his spouse and that child, the sponsorship agreement may become a relevant factor to determine whether the sponsoring spouse should be found in loco parentis (in the place of a parent) to his/her spouse’s child. However, the sponsorship agreement alone is not sufficient to establish a claim for support unless other evidence corroborates that the sponsor has demonstrated a settled intention to treat the child as his/her own.

Contact Millars Law When You Can’t Afford to Lose (519) 657-1LAW or info@millarslaw.com