LSAT Advice From a Successful Lawyer and Former Military Instructor 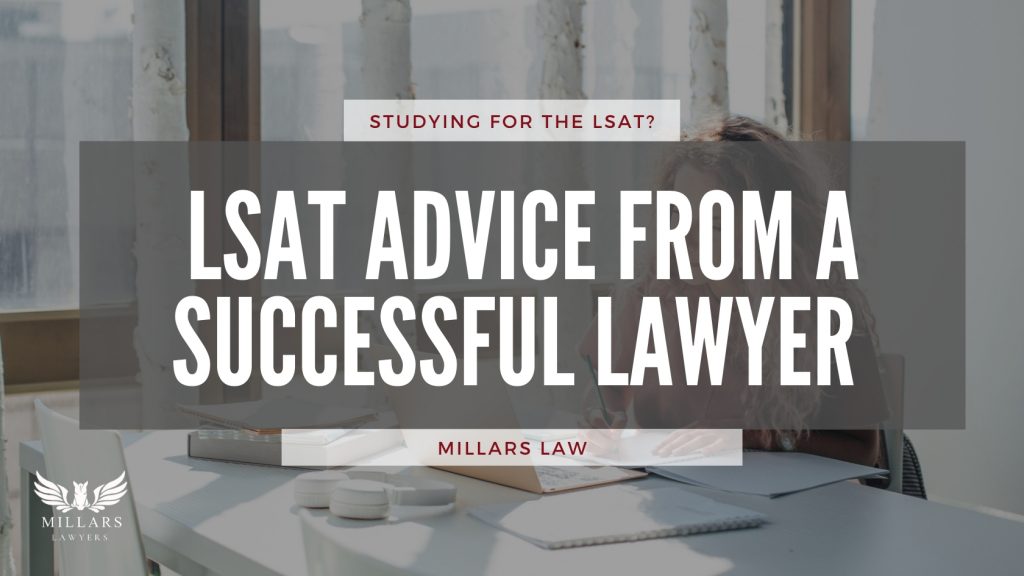 The biggest threat to a test taker is anxiety and time. Young people are often fixated on not failing, so they waste time in preparatory activities and seek courses and safe places to get ready gradually and they avoid the pain of seeing a sample score early. Sadly it is not an effective use of time and money. I have 3 strong recommendations guaranteed to increase a students score and reduce their anxiety:

1. Drop Everything and Write a Sample Test Now.

You are writing these tests to become a doctor or lawyer; if you don’t have the stomach to fail, you should choose another profession. My first recommendation is to write a sample test immediately. Time and again, I have potential students tell me they avoid taking a test early because they do not want to get a bad score. They start studying in a general manner because they want that first score to be higher on a sample test that doesn’t matter. The reason why I strongly suggest taking the full sample test immediately is it gives the student an accurate idea of where they stand in terms of each section of the test. With an early result, the student can then see where their strengths and weaknesses are and allocate study time and resources accordingly and avoid wasting time and resources in areas that are not helpful.

If you take a sample test early, you can see if there is a deviation in one section of the test from another. For example, if the student scores very high in the comprehension section, there is no need to spend an equal amount of time studying material on that section as a section they scored poorly on. The only score that matters is the final score, but students are focused on bad scores when they are preparing, and this is counterproductive. If the student does poorly in one section, they get the most bang for the buck by studying that section disproportionately more than the others.

Sadly young people are terrified of being wrong, the psychological need to be correct prevents students from moving past questions they have a low chance of getting right. This costs them precious minutes of a time-restricted test meant to cause stress and be almost impossible to finish. No matter how many times I tell students this, once a test starts they get bogged down on questions and hurt themselves.

They are hampered by fear, and it makes their test-taking strategies ineffective. Most of the people who fail the Bar Exam don’t finish the exam because they are fixated on getting every question right in the order the test presents it to them. I recommend the student use a system to identify 3 categories of questions they encounter on the exam. First, I recommend going through the exam and answering all the questions as quickly as possible. The caveat is that they mark each question as they are going through the exam:

– a checkmark for questions you are 90% sure you got right;

– a star beside questions you think you got right, but are 50% or higher confident you are correct; and

– a circle beside questions that were a guess (<50% certainty).

This way the student ensures they get points for easy questions at the end of the test and leave no questioned unanswered (1 in 4 chance of points) It is amazing how many great potential lawyers and doctors mess up the test because they can’t control the need to fixate on each question. Anxiety is a killer, the students get stressed and fixated on a difficult question early in the test, and it steals time from the remainder of the exam.

Once you take the exam this way, go back and acknowledge which questions had a star beside them (these have the highest probability of success). Then, you should spend the remaining time on the questions you had the least chance of getting right, and so if you run out of time at worst, you have a 25% chance of getting points on questions they were guessing, nothing is left unanswered, and no easy points were left on the table.

Finally, my military experience training with special forces soldiers left one lasting impression on me that was proven to save lives and increase mission success. I believe 99% of test-takers fail to rehearse enough in a realistic manner. Effective, realistic rehearsals dramatically reduce game-day stress. Students want to take courses and be taught in a nice safe space in an environment they feel comfortable in. Well, my friends, the test is specifically designed to see if you can perform in conditions that stress you out and so you can do all the nice comfortable studying you like, but on test day you are not in control of anything but your own performance, and if the stress gets to you, your score can drop from 10-50%

Let me provide a brief example related to sports. In soccer, World Cup finals are often settled by penalty kicks. England (my team) is famous for choking on penalty kicks and no one understood why they always lost in finals to other countries. Simon Kuper, studied the issue in his book “Soccernomics, Why Does England Lose?”  It turns out that English players always practised penalty shots after practice as they gathered around the penalty box– and they almost never missed a shot. They were laughing and joking and full of confidence— a no-pressure practice. Then a big game would go to a penalty kick with over 65,000 people in the stands, a Billion people watching around the world. In a game setting, the player would have to make a long walk from half field, place the ball down, step back and take the shot. In this setting, the players kick accuracy would go down over 50%.

In half the cases, the player would miss their shots because of the huge stress their brains placed on them. They hadn’t practised in these conditions, and they were not ready. The remedy is to practice taking penalties in similar conditions. The teams that regularly beat them in penalties would practice in circumstances as close to reality as possible. They would select 2 teams of 5 players to take penalties in a high stakes completion at practice, sometimes betting big dollars or putting their reputations on the line. The players wouldn’t just take quick penalties; they would all be at centre field and do the exact same walk from centre field to the penalty spot they would have to do at the game, the coaches would blast very loud noise and make the circumstances similar so that the players get used to taking the penalty when under pressure.

The same is true for test-takers. First of all, most applicants avoid taking sample tests, which is fatal to top performance, Second, they take the test in comfortable conditions. Bad move, take a test, then take another and keep taking them, get your body used to taking the test in a stressful situation. I recommend the student take no less than 3 sample tests in conditions as similar to the real test as possible. It gets the body and mind accustomed to the environment and circumstances. We know that stress is a performance inhibitor, and you can reduce stress through rehearsal. I recommend finding out where the actual test will be or where it was held in the past and take it in that exact room. Take a sample test at the exact same time the real test will be at, have someone proctor it, drive the exact same route, park, walk the hallway and sit in the same place with a timer, have other people around you making distracting noises. Replicate the testing conditions as much as possible and see your score. Do it again and again. I guarantee that if the student does 3 rehearsals in conditions similar to their stress level on test day, they will be much lower physiologically and mentally allowing them to perform better. I would go so far as to wear a heart rate monitor and see when your heart rate rises and focus on those situations, get used to them.

Test-taking during the COVID-19 Crisis puts other pressures on students who are worried about their home office, interruptions and computer reliability. This is normal. Rehears in the exact same place you will take the test. Take the sample test with a proctor monitoring you from the other room, go through the same process.

It amazes me when people tell me they don’t want to take a sample test close to the test date because if they get a low score, that will ruin their confidence for the actual test. Think about that and the logical flaws contained within that position. That is anxiety trumping logic. Logic would tell that practising sample tests improve your chances at a better score.

Hope is not a strategy, and entering into these professions requires vigorous thought and an ability to work through personal obstacles fueled by anxiety that get in the way of success.