Will COVID-19 Strip Away Your Right to A Jury Trial? 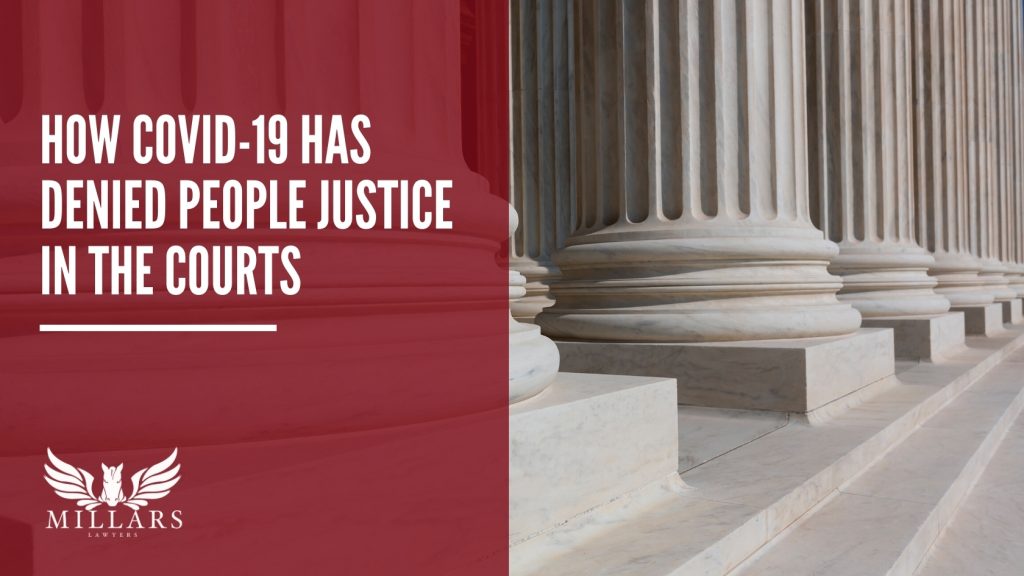 The toughest conversations I have had with clients during the pandemic have often surrounded the issue of delay. While the court closure has resulted in delay all over our already-burdened civil justice system, it is felt most acutely when it comes to trials.

Clients whose trials would have occurred during lockdown are still waiting to find out when their matters will be heard; And while our Courts have improved dramatically since March in terms of their ability to hear motions, pre-trials, etc. virtually, the preference for trials continues to be that they occur in-person.

Having a trial in person is tough enough with a case count that unfortunately seems to be rising more and more each day, but nearly impossible for matters that require a Jury. Juries require a group of people to sit in close proximity to one another during the selection process, and then continue to sit closely in the courtroom. Because of various rules that exist to ensure what jurors are allowed to hear and ensure they are not unduly influenced by public members, having Jurors attend a trial via videoconference is impractical.

Even when juries do resume, the backlog of criminal cases that require a jury of one’s peers to rule on the accused’s rights will take precedent. I’ve had judges tell me in smaller jurisdictions that even if the pandemic ended tomorrow, they don’t foresee civil jury trials in their courthouse until 2022. Luckily, in some recent decisions, our judges seem to be acknowledging this fact and acknowledging the right of an injured person to have their matter heard in a reasonable amount of time.

Every party in a civil action has the right to have their matter heard in front of a jury, with some exceptions that often do not apply in personal injury cases. This involves filing a “jury notice” and is typically done early in the action. Because numerous legislative rules often favour insurance companies, especially in motor vehicle accidents, and because an insurer often defends personal injury claims, it is usually the Defendant in a personal injury action that files a jury notice.

When one party disagrees that a trial should proceed in front of a jury, they bring a motion to “strike” the jury notice, which leads to the matter being heard by a judge alone. Rule 47.02 of the Rules of Civil Procedure says that a motion to strike a jury notice may be brought on the grounds that an action ought to be tried without a jury.

In two recent decisions, Louis v. Poitras, 2020 ONSC 5301, and Belton v. Spencer, 2020 ONSC 5327, the Plaintiffs’ counsel made such a motion. Louis v Poitras involved a motor vehicle accident that occurred back in 2013 and involved, among other issues, a significant income loss claim (Speaking of legislative rules that favour insurance companies, section 267.5 of the Insurance Act R.S.O 1990  c.1.8 says that car accident victims are only entitled to 70 percent of their gross income loss!). Belton v Spencer concerned an accident that occurred back in 2010. In both cases, the plaintiffs were suffering and had already experienced a significant delay.

This of course didn’t stop the defence from arguing that their right to a jury trial should continue to take precedence over the Plaintiffs’ right not to have justice delayed any further. The Defendants in Louis v Poitras argued that a “wait and see” approach ought to be taken in the hopes that the government might release a response to the pandemic addressing the issue of civil jury trials. The Defendants in Belton v Spencer argued that since the matter had already been the victim of 10 years of delay, there should not have been an issue with delaying the matter further until a jury could be selected.

Thankfully, in both motions, the Court did the reasonable thing and struck the jury notices in these matters. In Louis v Poitras, Justice Beaudoin reviewed the recent decisions and held that “None of the parties to these actions has an unfettered right to a jury trial…I decline to take a “wait and see” approach nor am I prepared to revisit the issue.” Justice Sheard, concerned about how COVID-19 would impact the pool of potential jurors even when jury trials are reinstated, held that “The defendant’s right to a trial by jury, is outweighed by the need to provide the plaintiff with more timely access to justice.”

There is still a long way to go to solve the issue of delay in our courts that existed before COVID-19, let alone after. However, it is encouraging to see judicial support and acknowledgment of the significant impact that prolonged delays in already lengthy actions have on vulnerable Plaintiffs. Justice delayed is justice denied.

Contact Millars Law when you can’t afford to lose.