How a Guilty Plea Can Get You Deported 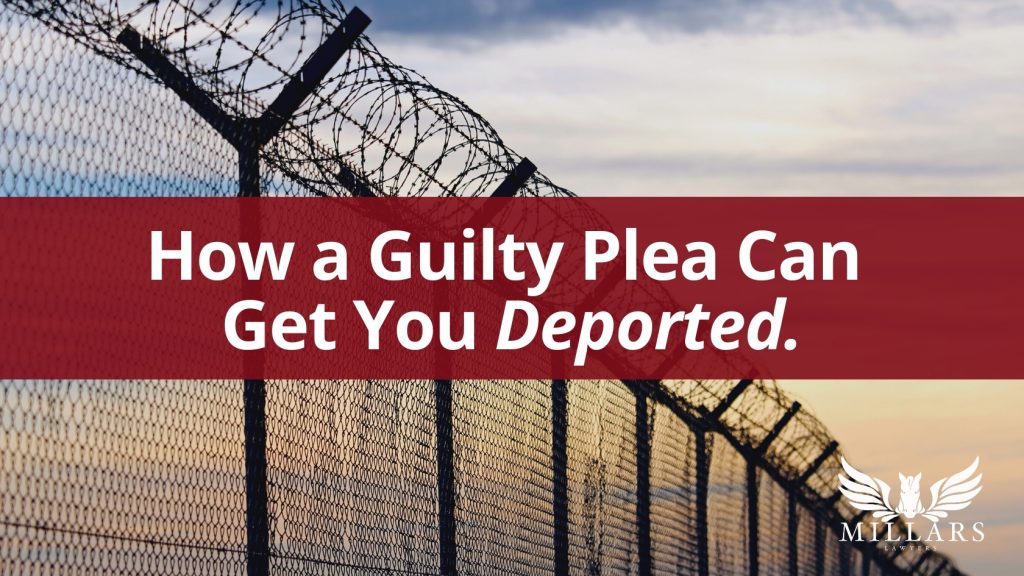 Under s. 36 of IRPA, criminality is defined as “having been convicted in Canada of an offence under an Act of Parliament punishable by a maximum term of imprisonment of at least 10 years, or of an offence under an Act of Parliament for which a term of imprisonment of more than 6 months has been imposed.” It means that any disposition short of conviction would not result in criminal inadmissibility under IRPA, which includes peace bonds, discharges – absolute or conditional, diversion programs, stay of charges, withdrawal and Not Criminally Responsible (NCR). It is worth to mention here that only offences arising from federal legislation will result in inadmissibility and an offence under a provincial legislation will not result in inadmissibility to Canada.

However, any breach of the term(s) of a Peace Bond or a Probation Order, made with the conditional discharge may lead to a new charge; and, if such new charge of disobeying the court order or breach of recognizance or failure to comply with probation order, leads to conviction, could result in inadmissibility. The same thing would apply to diversion: if diversion is not completed, it may result in conviction or if the charges are stayed and are not withdrawn on the completion of diversion, the Crown may bring back the stayed charges, which may result in conviction.

Nature of Offences and Inadmissibility

Hybrid Offences: A vast number of offences in the Criminal Code of Canada are provided hybrid offences. It is the Crown’s discretion to proceed by way of summary election or by indictment. But Crown’s election does not make any difference in triggering inadmissibility in accordance with s. 36(1)(a) of IRPA. All hybrid offences are considered indictable for the purposes of IRPA. S. 36(3)(a) of IRPA states: “an offence that may be prosecuted either summarily or by way of indictment is deemed to be an indictable offence, even if it has been prosecuted summarily.”

Effect of Criminality on Sponsoring a Family Member

Under s. 133 of the IRPA Regulations, a Canadian citizen or Permanent Resident is barred from sponsoring a family member if such sponsor has ever been convicted of any of the following Criminal Code offences:

As a result of Bill C-46, the Canadian Government has increased the maximum penalties for impaired driving on December 18, 2018 – a government resolve that it will not tolerate impaired driving of any kind. S. 320.19(1) of the Criminal Code of Canada states that the Crown may elect to prosecute such offence by way of summary election or as an indictable. If the offence is prosecuted by indictment, the maximum penalty is imprisonment for a term of not more than 10 years. In short, anyone convicted of new impaired driving offences may become inadmissible to Canada.

If you or your family members are permanent residents in Canada and anyone is charged with a criminal offence, he/she must consult a lawyer who is conversant with Criminal & Immigration Laws and their implications. We, at Millars Law, have the services of qualified Criminal and Immigration Lawyers who can help you at the early stages of any criminal proceedings.