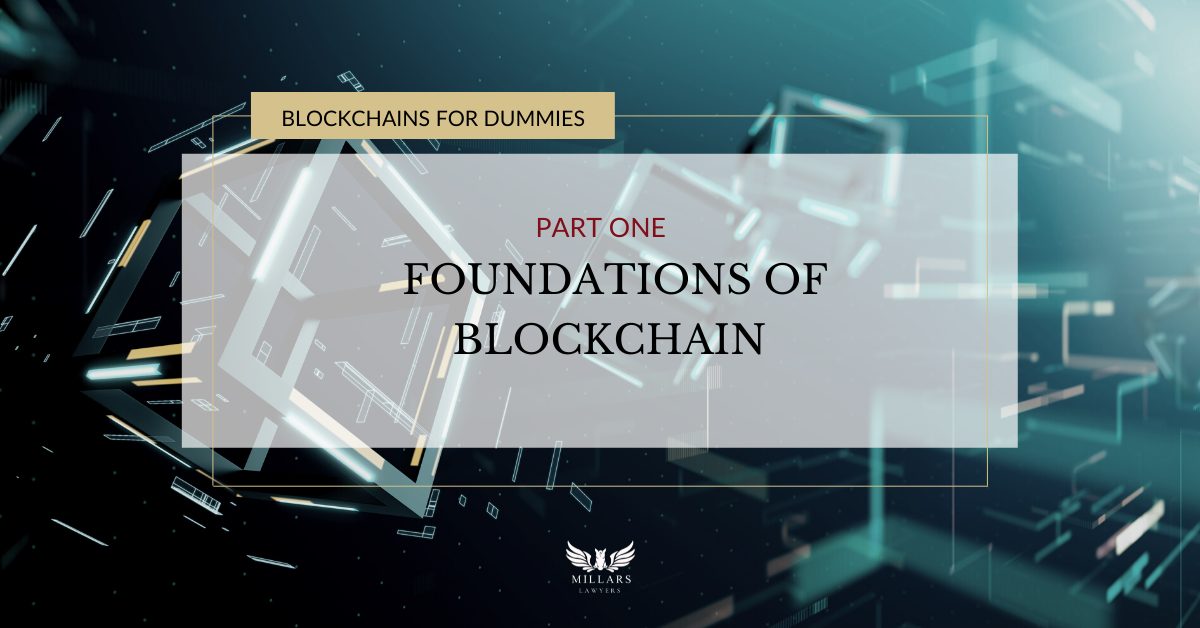 Are banks on their way out? Although it may be some time before that statement comes to fruition, the rise of Blockchain and the decentralized ledger technology that forms the foundation of Blockchain may be the beginning of the end of traditional banking.

So what is Blockchain?

Blockchain is a type of database where a collection of information is stored electronically and typically structured like a table or spreadsheet with identifiable code in each section. This table or spreadsheet runs on a peer-to-peer network with the information available to anyone. This makes the information disbursed across a network of computers and, as a result, is much more difficult to tamper with, as opposed to everything being in one central location, like information held by a bank.  The essential feature of Blockchain is to allow digital information to be recorded, stored and distributed; but, at the same time, preventing that information from being altered or edited. Simply put, if you were to put a time stamp on a piece of information, no one could change it, and its entire history can be traced.

Typically, people associate Blockchain with Bitcoin. However, its applicable use spans much greater than just digital currency. It has the potential to incorporate information related to voting, healthcare records, property ledgers, and even tracking the food we purchase from the grocery store.

So how does the information get stored, and how does Blockchain work?

When information is entered and stored on the network, the first block is special and can be referred to as the genesis block, containing the initial piece of related information being secured. It is then given a hash or an identifiable code to keep track of the information recorded. However, if any information inside changes or new information is added, such as a change of ownership, so does the hash, and it is no longer the same block, and a new one is formed. This is how a chain of information is created using its previous hash and creating a new one, proving the existence of data. You can prove that the data you present has not been modified and existed at a particular point in time by having matching hash’s.

Once data is recorded within a blockchain, it is very difficult to change. Blockchain is the consensus of machines and the computers storing the information on the network and have to agree to the change. The proposed change is only accepted when the majority agrees to it, which allows everyone to see the information and agree on how data will be handled. In a centralized database, where all of the information is held by one entity or governing body, changes may be made as authorized by as few as one authorized individual.

Why use this system?

With blockchain, everyone on the network has a copy of the record. In a centralized database (e.g. banks), only certain entities with rights can access databases or change information. Another advantage is the transparency of the history of records and ownership of digital records. After a new block of information is added, it is very difficult for hackers to alter the chain of information. This is because with each block containing its own hash and the previous one, in order for a hacker to succeed in changing the transaction history, they would need to alter every block in the history of the chain. Further, if they were to only alter one of the blocks, then everyone else cross-references to the previous hash in the network, they would be able to see that the hacker’s version of the chain would be different, detecting the hack before it has an effect. The only way to succeed in hacking is to control the majority of the blocks so that the chain agrees to the alteration. Due to the vast amount of blocks and information, the likelihood of a hacker succeeding would be slim to none, as they would have to put a significant amount of resources into it, as well, the network would see a drastic change in the chain.

To learn more, please contact Millars Law for all your Blockchain inquiries.

PrevPreviousMillars Lawyer Accepts Crypto Payments Pioneering the Modernization of the Law Firm
NextTaxation of Cryptocurrencies: Part 1 of 3Next