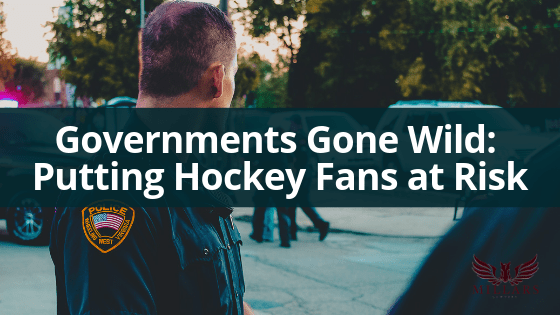 It’s 7:15 in the evening, and after a late afternoon at the office, I head to my favourite bar to catch the Leafs game. It’s a perfect night for a few beers. My kids are with the babysitter, and my wife is shopping with her mother. My wife will later join me at the bar, drink her ice tea and drive us both home. It’s great because I drove to the bar stone sober with no intention of staying that way or of driving my car back home.

It’s 8:30, midway through the second period and I am enjoying my third pint. My wife arrives moments before the police walk through the front door of the bar. They approach me and ask if that is my black sedan outside. They give me a plate number and say someone had called and complained about the way I drove into the parking lot. I remember sliding a little on the ice at the entrance but thought nothing of it.

I have been drinking, and that is clear to anyone who is there. When the officer asks if I have consumed any alcohol it is hard to deny with the pint glass in my hand. I’m not worried, I’m not driving anywhere, and I’m just enjoying a hockey game with my buddies. We’ve done this hundreds of times before and there has never been an issue. We have a problem now though. Under the new impaired driving law, it is illegal for someone to be over the legal limit of .08 within 2 hours of operating a vehicle. The officer asks me to provide a sample. I do, knowing that if I refuse the sample I will be charged accordingly and face the same consequences as if I blew over. I do choose to take the test, and I do in fact blow over. My game is over now too, and I’m off to the station.  I AM ARRESTED FOR IMPAIRED DRIVING.

At the station I provide two more samples, again knowing that if I refuse, I will be charged and face a $2000 fine and driving prohibition if convicted. Yet, I never intended on driving and did intend on having a few too many beers.

I now have blown over, and I am now charged with impaired driving. My license is suspended for 90 days, and I could face fines in excess of $1500 and a further 12 months of driving prohibition if convicted. I have to now go to court and get a lawyer.

Under the new law, I will avoid conviction if I am able to show the court that I did not intend to drive anymore once I started drinking. The burden is on me to prove this.  No longer I am innocent until proven guilty but rather guilty until I prove to the court that I am innocent. I can do this.  I have the text messages between my wife and I.  The police saw her at the bar and know she was sober.  She told them she was driving me home. I can beat this but I still have to face the consequences of the charge and I still have to go through the expense of the court process.  All this comes from the fact that I was never drinking and driving but rather driving and then drinking with no intention of driving again.

This new impaired driving law is aimed at eliminating the defence of post offence drinking. Lawmakers wanted to eliminate the possibility of someone accused of impaired driving saying that they were not impaired but only drank after driving.  The problem is that the law reaches way to far and catches guys like me who simply wanted to watch a hockey game, have a few drinks and get a safe and sober ride home.

If you or anyone you know has been charged with an impaired driving offence, then Millars Law is here to assist. We are prepared to challenge the new laws, they are unconstitutional and need to be struck down by the courts.

Millars Law is here to help.

PrevPreviousCan DNA Tests Prevent You From Getting Life Insurance?
NextWhy You Need To Review Your Auto Insurance Policy ASAP To Avoid CatastropheNext