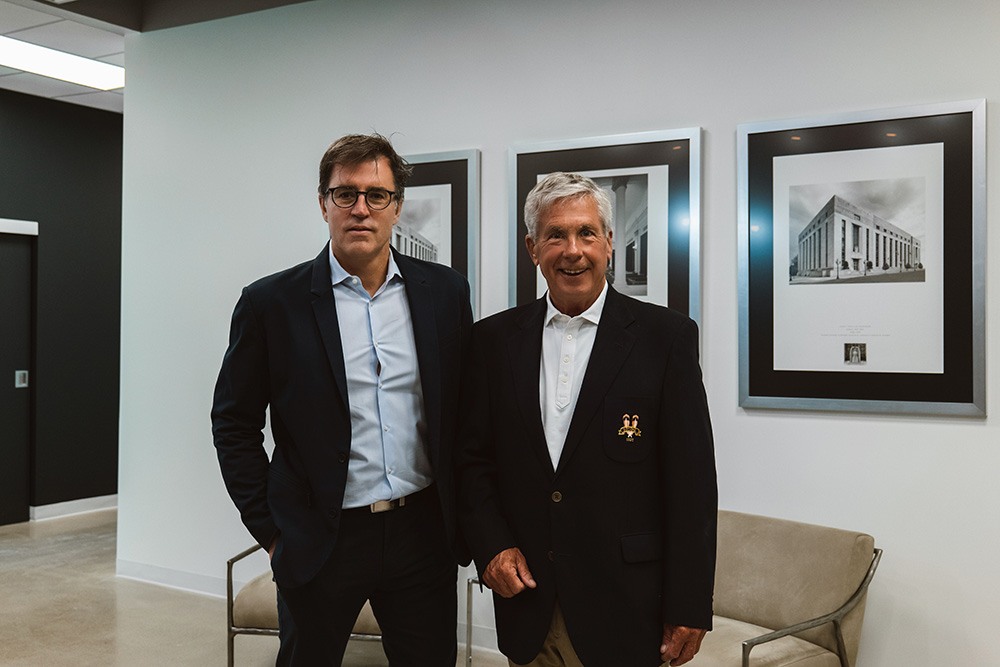 John C. Drake, lawyer, philanthropist and accomplished businessman joins Millars Lawyers PC as Special Counsel to the firm. Well known for his business acumen, few know that John was a successful trial lawyer who graduated with distinction from the University of Western Ontario’s Law School and was called to the bar in 1973. He was counsel on one of Canada’s most notorious cases, the Helmuth Bauxbaum Murder. In 1986 he transitioned into the business world and blazed a path of success that eventually led to his induction into the London Business Hall of Fame in 2017. He never shelved his skills as a Trial Lawyer, as they were powerful tools that helped him assess risk, disassemble complex problems and uncover the truth when millions of dollars were on the line.  Today John is returning on a part-time basis to his first love; the law and fighting for justice and truth.

Special Counsel or “Of Counsel” is a unique relationship between lawyer and law firms form to work together allowing a transfer of experience and mentorship to a law firm in a strategic alliance. John’s mentorship to the lawyers and staff of Millars Law will be invaluable and his counsel on business development crucial to the firm’s continued growth path.

“I first met John when he was the Honourary Colonel of the 1st Hussars.  I didn’t know anything about his business background but I was impressed by his sincere care for our soldiers and his knowledge of history. Our friendship grew over a decade and I came to greatly respect John as a business leader, and was thrilled when I found out he was a trial lawyer in his past. I immediately sought his advice on major files and some of our firm’s great wins were born from our conversations and his wise counsel. I am honoured that John would consider our upstart firm as a place to hang his Court Robes. His legacy of being a fearless intellect is something we value tremendously and bringing him into our family is a game changer. I personally have a lot to learn and having John on our team as a mentor is so very humbling, but my god… what a boon for our clients.”

John’s business career spans three decades and is complemented by a long record of community service. In 1986, he co-founded the DrakeGoodwin Corp., a small merchant bank that invested successfully in manufacturing, financial services and real estate. In 1992, he and business partner Chris Goodwin founded the Redtail Golf Course, an exclusive Elgin County private course, considered one of the best in North America which has hosted royalty and Hollywood celebrities. John has been a key player and investor in successful London companies including Access Self Storage, iLookabout Corp. and BioConnect. He recently renewed his licence to practice law and is eager to get back into the melee of meaningful legal battles.

About his return to a law firm, even if part-time, John says:

“People forget that a lawyer is often called Counsellor, and there is a reason for that. We are charged with helping people fix problems that dramatically affect their lives. Throughout my career, as a businessman and lawyer, I have played the role of Counsellor and love to fix problems that confound others. I am pleased to find a place to continue that calling. Millars Law was a clear choice for a number of reasons.  I resonate with their core values and admire the path they are charting as passionate legal professionals unafraid to take on tough cases and fight for justice.”

John brings to the firm a few hand-picked files he is currently working on and will act as Special Counsel on our firm’s major cases. John can be reached at john@millarslaw.com if you have a case you think he might be interested in.

Millars Law enjoyed positive growth during COVID-19 and has embraced the realities of a modernized world. We seek to disrupt the legal industry through a dynamic approach to team building and a motto of service before self. The firm recently moved to an expanded and prominent location in West London with full remote capabilities and modernized technological services.

PrevPreviousBeware! A Serious Caution for Purchasers of New Build Residential Housing
NextWhy is My Case Not Settling?Next