I Never Thought It Could Happen to My Child: How to Protect Your Child From Sex Assault 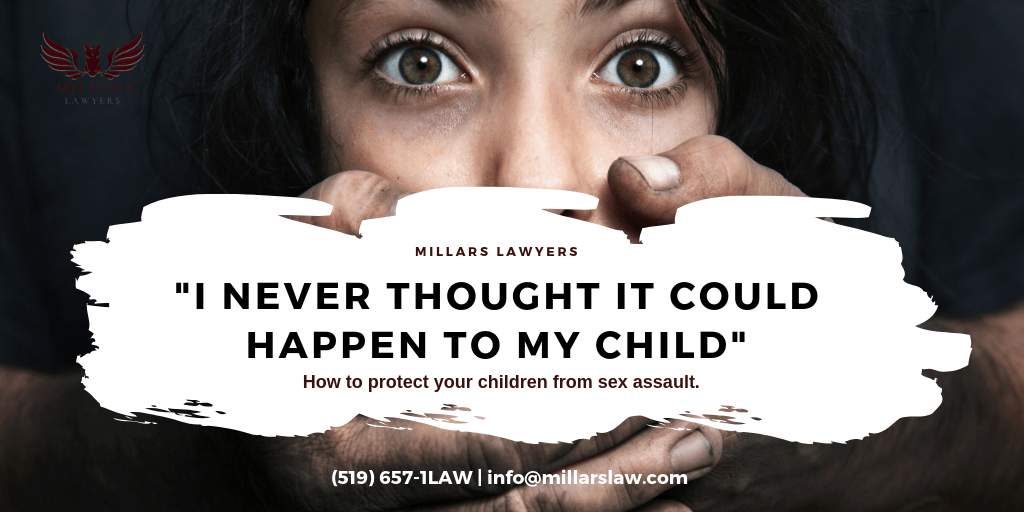 Said the mother of a child who suffered traumatizing abuse at the hands of Larry Nassar, her gymnastics coach in Michigan.

Judge Rosemarie Aquilina was particularly harsh in her condemnation of the serial pedophile and said the following when pronouncing her sentence:
“I just signed your death warrant as you will spend the rest of your life in jail.”

Seldom do we see such harsh sentences in Canada, but sadly we do see similar abuse tragedies in youth sports when parents and clubs do not pay attention.


The vast majority of coaches in our youth sports clubs are selfless volunteers who dedicate their time and energy to children who greatly benefit from their expertise. However, in today’s society, we must ensure we never take our kid’s safety for granted because a coach says the right things to us. Predators become experts at manipulating parents to gain their trust in order to secure access to children.

In part, Nassar was able to continue this abuse unchecked for years because no one thought that a doctor and parent of girls could be the author of abuse. Young athletes tried to speak up, but no one listened. If you’re a parent or a coach and your athlete tries to tell you something: LISTEN to them, BELIEVE them and DO SOMETHING.

At Millars, we would like to share a few tips to help protect all children, coaches and clubs from the terror of dealing with sexual assault cases.

Clubs Must Have Clear Policies that Should Include Guidelines for Coaches that include:
● Coaches should never to be alone with a child
● Club staff are forbidden from physical contact… including hugs
● Administrative staff must ensure criminal record checks are updated annually
● Club leadership must document and respond to the smallest of complaints so that there is a record of suspicious activity that could reveal a pattern
● Club leadership must not be scared to remove a coach if there is an issue. Good coaches don’t have multiple complaints…conclusive proof of problems often comes too late and clubs will be in trouble if they fail to act.

Coaches Should Have their Own Policies and Share them with Parents and Kids:
● Share club rules/policies
● Protect yourself by having witnesses to one-on-one coaching sessions
● Never go into a child’s hotel room alone and be careful offering to give a ride to one kid alone
● Leave medical treatment to the professionals, no massages…ever
● Discuss child safety with the parents and their children together and create a safe environment for the reporting of issues to promote transparency
● Don’t flirt with parents at the risk of being on the receiving end of the other parents’ wrath (false accusations can come from anywhere)
● Even if your student becomes an adult, if you are having a relationship with them you will be open to risk as you are in a position of trust that was established at a younger age, avoid unnecessary risk and keep romance and your sport separate.

Parents:
● Let your kids know it is always OK for them to tell you anything even if another adult says they will get in trouble; in fact, emphasize with them that if an adult ever tells them they will get in trouble for speaking that is when it is most important they tell you
● Be present; predators are less likely to target kids with attentive parents
● Do not take kindness as a pure sign of good intent; stay vigilant
● Single parents should be especially suspicious of men/women who offer to take a role in their child’s life; these are ideal conditions for grooming when a parent is overwhelmed and needs help. Predators are on the hunt for vulnerable targets of opportunity

The bottom line is child abuse happens in every sport as predators will always be drawn to places where vulnerable children can be found. Be positive but vigilant and watch over all the kids for men or women who appear unusually interested in helping children.

No one thinks it can happen to their child, but after the fact, it is too late to be angry.

Watch this video of Judge Aquilina’s harsh words to this child predator: https://www.youtube.com/watch?v=odzF_L3Eir8

It is often shocking to see how some parents can actually turn a blind eye to abuse allegations because their coach is too influential in their own kids’ sports success. We have seen this too many times.

If you have a question, concern, or even a suspicion of abuse give us a call.

Millars Law represents victims of sexual assault across Canada. We have the experience to dig a little deeper and find answers hidden beneath the veneer of politeness.

PrevPreviousHit Count: How Many Hits Can Your Childs Head Take
NextThe Final Payment Isn’t All YoursNext