Jailing the Innocent: This Could be You 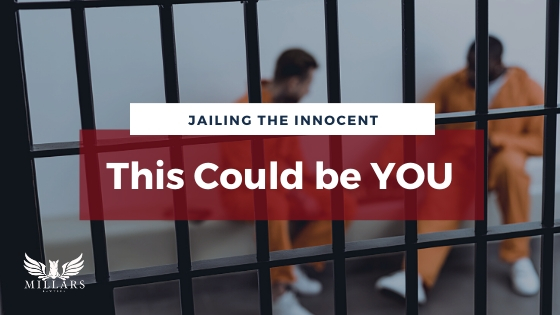 Getting phone calls in the middle of the night from police officers is a common occurrence for me. The scenario often goes as followed, the phone rings, I answer and on the other end of the line is a police officer explaining that Joe/Jane has been arrested in an allegation of domestic violence and he is looking for advice.

I ask the officer some questions and learn the accused doesn’t have a record, and the investigation is considered complete. Unfortunately, what happens next also happens way too often…

The next set of events is that the police officer often holds the accused for bail overnight. To explain how flawed the police are in these instances, I will provide you with another scenario:

Let’s say I have a client named Joe; Joe is under the stress of a contentious divorce but is trying to make things work by staying in the house to reduce costs. One evening, his spouse becomes agitated after drinking copious amounts of alcohol combined with some prescription pills. The fight turns to rage, and in her rage, she calls the police alleging he had pushed her. In this instance, domestic policy mandates that Joe is not afforded an opportunity to give a statement. With no corroborating evidence, he is taken to the police station at 11:30 at night and held overnight; he is released the next day at noon. Joe spends an entire night in a cage, without a statement or proof he did anything.

Is this fair? Is this legal? Should the police have the discretion to make these kinds of decisions?

The process the police take when approaching a domestic is extremely problematic because everyone arrested has the right to reasonable bail. The unwritten rule to hold everyone accused of a domestic violence offence in the name of public safety is unreasonable.

I would be surprised if there were a police service in Canada that had an official hold for bail policy on all domestics given that the courts have consistently held that such a policy is a blatant violation of Charter protected rights. Despite this clear judicial direction, unofficial policies against release are still widespread despite the alleged offender’s circumstances.

These policies ultimately affect the prosecutor’s ability to prosecute the alleged offence because the arbitrary detention can lead to Charter remedies such as the exclusion of evidence or even a stay of proceedings. I would go as far as saying that these types of police actions would open the door to civil remedies.

For reasons beyond the scope of this blog, COVID-19 has brought a rise in domestic-related offences. The law needs to strike a balance between personal rights and public safety. Procedures that apply to all detained individuals despite their circumstances tip the scale in favour of perceived public safety, which could lead to guilty people going free and innocent people staying in cages.

It is vital to have legal representation from start to finish; The criminal lawyers at Millars Law will be there every step of the way to ensure that your rights are protected.