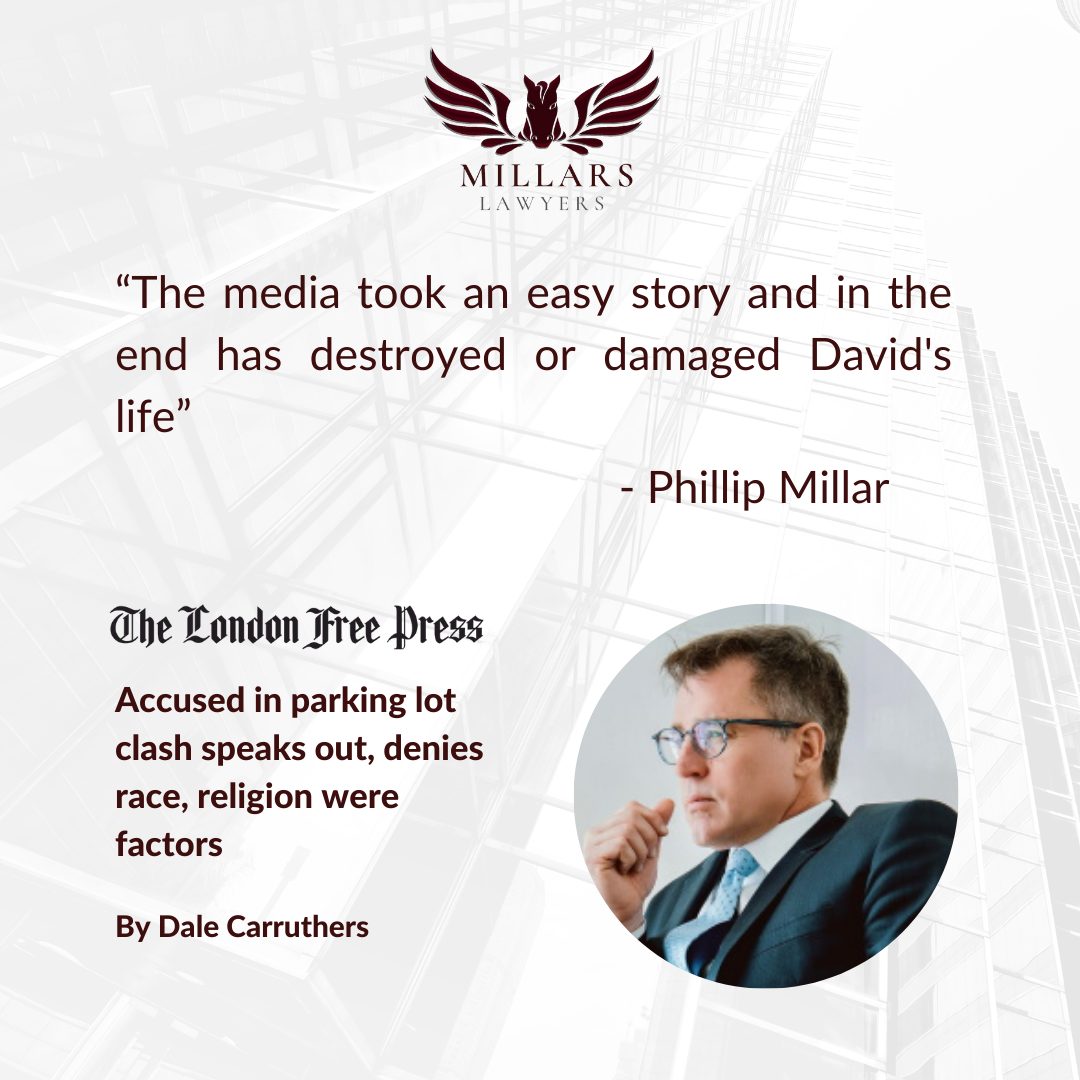 On Monday, November 29, 2021 in a horrific display of injustice, London police succumbed to political pressure bringing charges against an Indigenous man, David Lavoie after Nawaz Tahir, a lawyer and “well-known leader in the London Muslim community”, inappropriately and unjustifiably used his substantial social media and community influence to misbrand Mr. Lavoie as an Islamophobe, a racist, and a terrorist by association.

Mr. Lavoie was described as a white male in the media. He is a First Nations man of the Algonquin tribe. He is a Social Worker who has dedicated his life to fighting injustice. It is a travesty that he was labeled a white racist by sloppy reporting and false assumptions.

On Monday, Mr. Lavoie was involved in a verbal confrontation with the occupants of a car displaying Michigan plates at a Costco parking lot. Lavoie, parked in a disabled parking spot, was blocked by the Michigan-plated vehicle. The occupants refused to allow him to exit because they wanted to be first-in-line for a parking spot close to the Costco entrance. He waited in his spot trapped for five minutes. They ignored his requests to move to allow him to leave.

In a moment of frustration, witnesses report that Mr. Lavoie shouted “(explicative) American’s go back to America”.

London police conducted a fulsome investigation of the incident and determined that nothing criminal had transpired. That is of course until Nawaz Tahir, whose father was an occupant of the American licensed vehicle used his political and community influence to manipulate the narrative by intentionally misquoting Mr. Lavoie as saying “go back to your (explicative) country”, mischaracterizing Mr. Lavoie as a racist, Islamophobic “white man”.

Tahir then publicly chastised the London Police for failing to bring charges in what he described as a “hate crime”, connecting the Costco incident to the horrendous Islamophobic attack on the Afzaal family which occurred in London last June.

Unfortunately, Tahir’s campaign was successful. Within hours, Tahir’s public comments had received significant political and community support. As a consequence of the backlash, London Police then undermined the result of their own investigation and brought charges against Mr. Lavoie stating that “higher-ups” had forced their hand into bringing the charges and that the Crown prosecutors office would probably have them withdrawn.

We do not believe charges should be based on sloppy media reporting. We ask for an investigation into the decision to charge Mr. Lavoie. We are asking for a public apology from the lawyer who used his privileged platform and position to injure a First Nations man. We ask that the newspaper that reported him as a white man and failed to seek comment from him before publishing the story explain why the standards of journalism were ignored.

Mr. Lavoie is the victim of a society eager to label before it understands.

The media is hungry for easy stories that play to the Twitter mob labeling everything as racism.

Thankfully all but one of London’s media outlets agreed to interview Mr. Lavoie to get his side of the story. The sole exception was the CBC who refused to let his voice be heard.

Mr. Lavoie is severely distressed by the accusations. He served 14 years in the Canadian military and presently works as a social worker, dedicating his life to advocating for the vulnerable and disadvantaged. To be associated with the type of conduct that he deplores has absolutely devastated him. He fears that his reputation has been smeared permanently.

We feel the only way to offset the misinformation is to make the details public and shed some light on how assumptions and virtue signaling can ruin someone’s life.